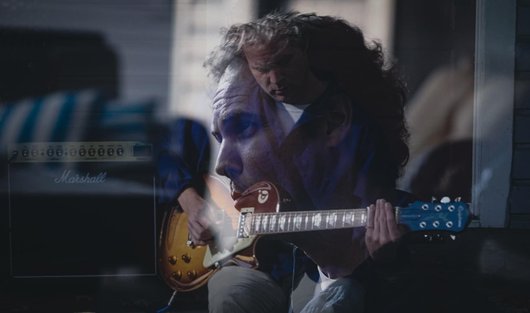 itself in this album. He is not just another guitar-playing guy!! He is a true artist with many many important and enduring musical ideas to create and share! This album is original, well-thought-out, and beautifully executed, just like his live performance.”

University of Alabama in Huntsville

"Whether I am taking a customer out for dinner, or just taking my family out

for a quick bite to eat, Gabe is one of the first artists in town I look for. From his skill on guitar,  wide range of music, or just

his attention to detail, he is an act you don’t want to miss.  If you are lucky you may

even catch his wife providing some beautiful harmony vocals on some of his song sections."

Gabe Larose's latest album of original songs, Rule of Thirds, continues his exploration of the nexus between 70's hard rock and singer/songwriter styles.

His guitar playing is front and center throughout the album, both acoustic and electric, and even classical on the instrumental "Lavender Magnolia".

His singing is complemented by Rachel Larose's harmony vocals on several tunes, yet they swap roles on "Symbol of Hope."

Many of his songs were developed in live performances with his former band Soundtrust. There's plenty of variety on this album, but at the heart of every track is a fidelity to influences such as The Beatles, Led Zeppelin, America, Fleetwood Mac and Kansas.

Through the Motions, released in 2015, features tight playing in support of a wide variety of lyrical themes.

When he is not working as a private guitar instructor, Gabe Larose can be found throughout the Huntsville, Alabama, area playing shows at night and on weekends, both solo and with his band. 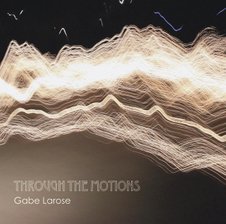 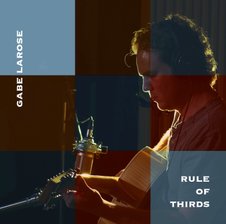